If you are thinking of living in Canada and you are not sure which city to choose, you have come to the right place.

Did you know that Canada is the second largest country in the world? That's thousands and thousands of square miles to choose where to start your adventure in Canada. Discover Toronto, Vancouver and Montreal with us, and start falling for the place that more than 36 million people have chosen to call home.
Index Living in Toronto Living in Vancouver Living in Montreal How to choose a city to live in Canada?

The most multicultural city in Canada get the best of this mix of nationalities, resulting in a very lively city, with a night offer, cultural and gastronomic super varied that satisfy the whims of their almost 3 million and which is very difficult to get bored. And if you get bored of the City, nothing happens! Geographically Toronto has a privileged natural situation when southeastern Canada, near to Lake Ontario, the Atlantic Ocean, the mountains and, just outside the city are the Great Lakes, the perfect place to disconnect in a spectacular natural environment.

If you want to experience the quality of life of one of the cities that usually sneaks into the top positions of the rankings of "best cities to live" year after year, this is Vancouver. In this city located in the Pacific coast company about 600.000 people live in the City and a total of 2 million in your metropolitan area. This city is the perfect symbiosis of the wildness of nature and the comforts of the big city. Vancouver, located in the middle of a forest, is to the latest in technology and innovation, promoting the use of renewable energy and electric cars, while continuing to support the connection with nature and outdoor sports and leisure activities.

Declared the Ideal city by many, including us, the charm of Montreal has a je ne sais quoi, which makes it very special. Montreal, located south of Quebec, is second most populous city in Canada, with 1.704.000 inhabitants. And also, it is the city with greater number of university students from all over Canada. Maybe this, coupled with his french heritage, make Montreal famous for its large number of music, theater and fine arts events.

This past also makes it the ideal city for history and architecture lovers, which you will find walking along the St. Lawrence River or having a coffee in one of the coffee shops in the city.

Also, if you speak French, in Montreal you will have more Job opportunities, since in this city they have French and English as official languages. 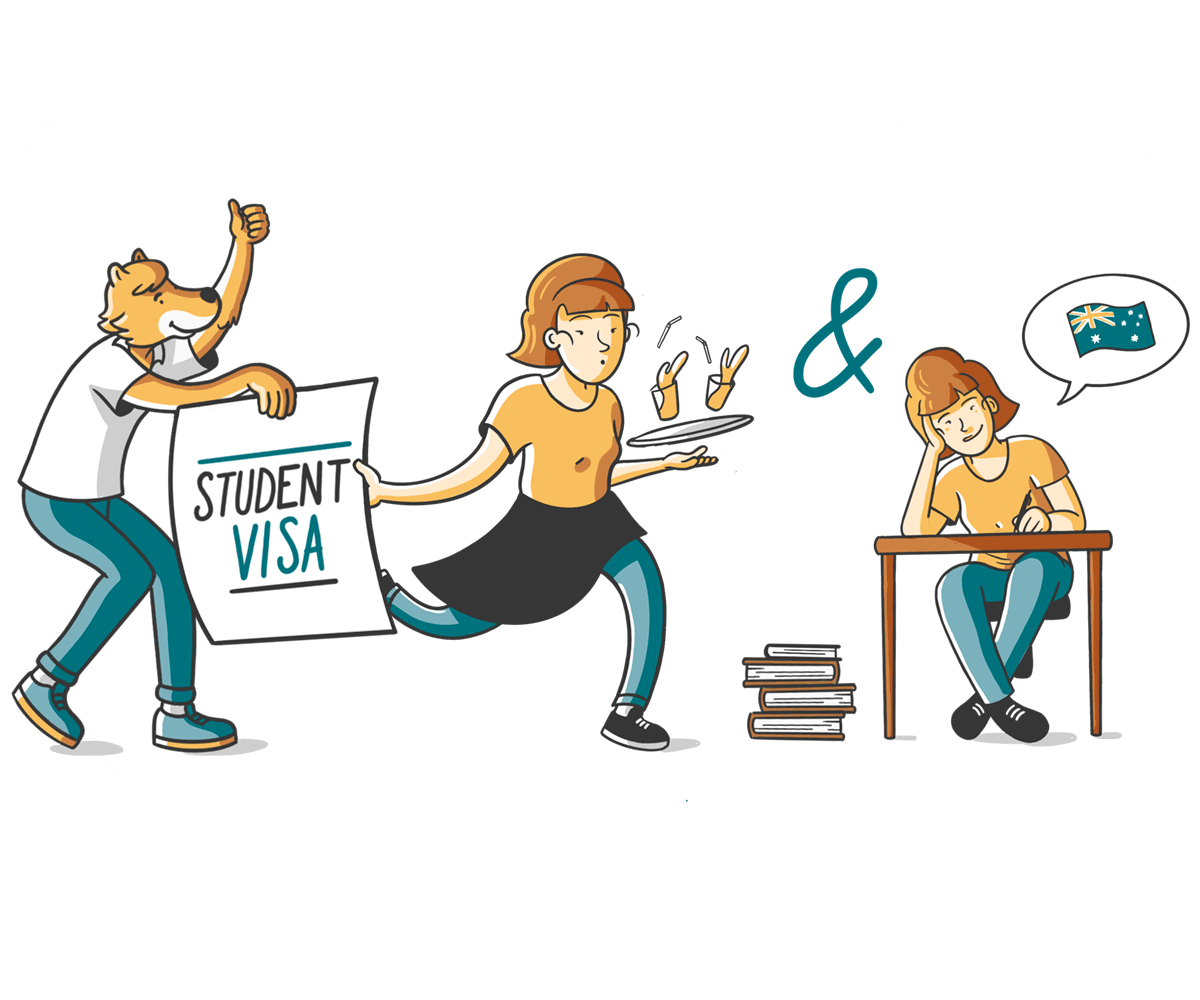 Discover everything you need to know to study in Canada

I want to know more

How to choose a city to study and work in Canada?

A good experience begins with a good choice. In Canada there is little room for error, as all cities have something that is well worth experiencing. Even so, so that your experience in Canada is the richest and most positive in the world, we want to help you choose the city that best suits your needs and tastes, both for work, leisure, lifestyle, education and weather. Let's go!

And if you are one of those who prefer to speak directly with someone who has had the experience of live and work in Canada our Dingoos guides They are here to help you decide. Get in touch and we will take care to understand your case well and assign you to a guide that fits your profile so I can help you solve all your doubts.

Due to this growth and having a large influx of students and tourists, the sectors most in demand are those of construction and hospitality.

The best thing about these two sectors is that they will allow you practice and improve your English a lot, as well as immerse yourself in the local culture, meet lots of people who are likely to become friends for life, and, very importantly, make enough money to pay for your stay in Canada smoothly.

Si quieres work and study in Canada your best option will be to come with a student visa. To do this, you must enroll in a course, which cannot be English, at least 6 months duration.

You can read more about types of visas with which you can study and work in Canada here.

Although you have come to Canada to study and work (Ahem), it is very important that you value the city you are going to choose for lifestyle and leisure options what it offers

The Canadian cities have common values, such as sympathy of the locals, be safe and well connected.

Still, if what you are looking for is a young city, where people enjoy the outdoor leisure and have a decent temperature all year round, Vancouver is your city.

If you are more of those who want to live in one city ​​that never sleeps, having a spectacular cultural offer And besides, you don't care too much about the cold, we are sure that Toronto will meet your expectations.

Finally, if you have bohemian soul and you want to live between france and england, in a city ​​with a strong university spirit and with an incredible gastronomy, Montreal it will undoubtedly be the city you should visit.

Distance to other important cities

Another factor to take into account when choosing a city to Live in Canada It is how well connected and how close it is to other cities or tourist attractions of your interest.

Eg Toronto, located at southwestern Canada is a few hours from Montreal. And if you like to spend your fweekends in nature, you can do it as many times as you want since the Great Lakes they are located a few kilometers from Toronto.

Also, Toronto borders the United States, so you can easily visit the country.

That you feel comfortable with climate We will say that it will define 100% of your stay in Canada, since it will not only affect your lifestyle and the activities you are going to do, but also Play aimportant role in your mood.

Keep in mind that Canadian cities are prepared for the cold. The houses are well insulatedThere calefacción everywhere and even in some cities there are underground streetss so you can do your shopping or socialize without facing extreme weather.

Still, you will have to choose your weapons: a good coat, a good windbreaker, a good umbrella, and plenty of vitamin C.

And is that, each city has its little thing climatic. In Vancouver temperatures are moderate all year round, but it rains a lot during winter, in Toronto you will enjoy hot summers and cold and windy winters, and in Montreal summers are sunny and winter cloudy and gray.

Study in Canada is putting a badge on your resume. Education has a world-renowned quality and the variety of options they make it perfect for anyone who wants to train with honors.

When you come to study in Canada, you can choose between making a English course or a technical course.

Between the English courses those of general English, where you can prepare to get any of the official certifications. And in the technical courses, you will learn all skills you need to enter the job market through the front door. Some of these courses are: Business Administration, Marketing, Hospitality, Business Communication and International Business Management.

You have to keep in mind that English courses they are exempt from the advantage of being able to work while you study.

To have the option of work legally you will have to do some technical course. In this way, you will be able to choose work part time and you can find I work as a waiter or barista without any problem, since the labor demand in the hospitality is on the rise.

As we have already seen, cities in Canada they have a high cost of living, but also the wages are high: if you work part-time you can make enough money to pay for your stay in the country.

You have to keep in mind that the cost of living may vary depending on the city you live in, the type of accommodation that you choose, if you need to use the public transport or not and if you are to indulge yourself.

In the same way, it depends on where you live, they will pay you more for the work you do, so we recommend you analyze well how you are and what each of the offers offers cities in Canada.

If you have come this far we suppose it is because you are thinking of coming to study and work in Canada, bringing the latest and greatest type What we can give you is that you contact us. In Dingoos we advise you for free. Write to us and we will tell you in more detail everything you need to know to choose the Canadian city where you have always wanted to live.

Write to us and a Dingoos Guide will contact you in the next 24/48 hours. 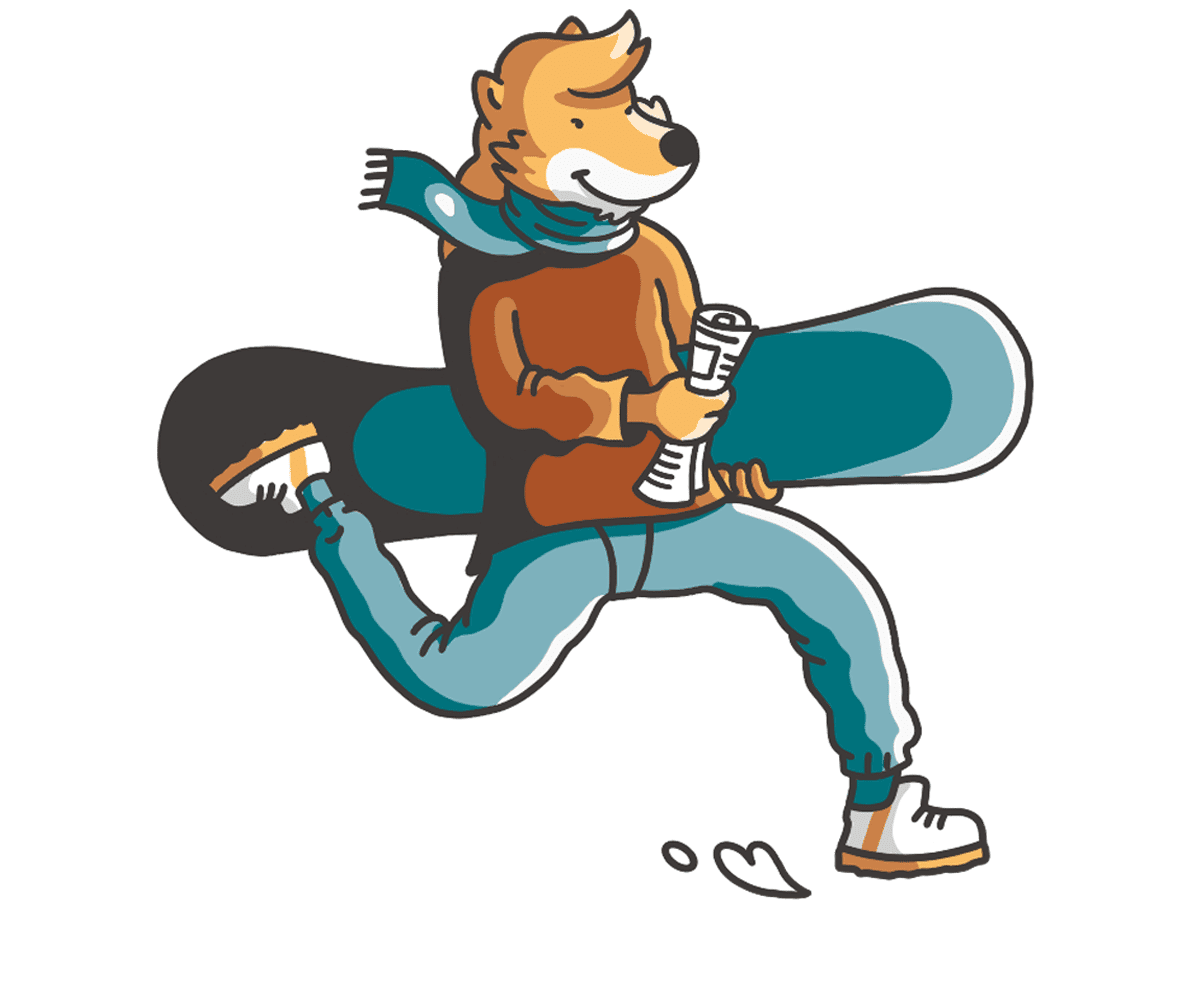