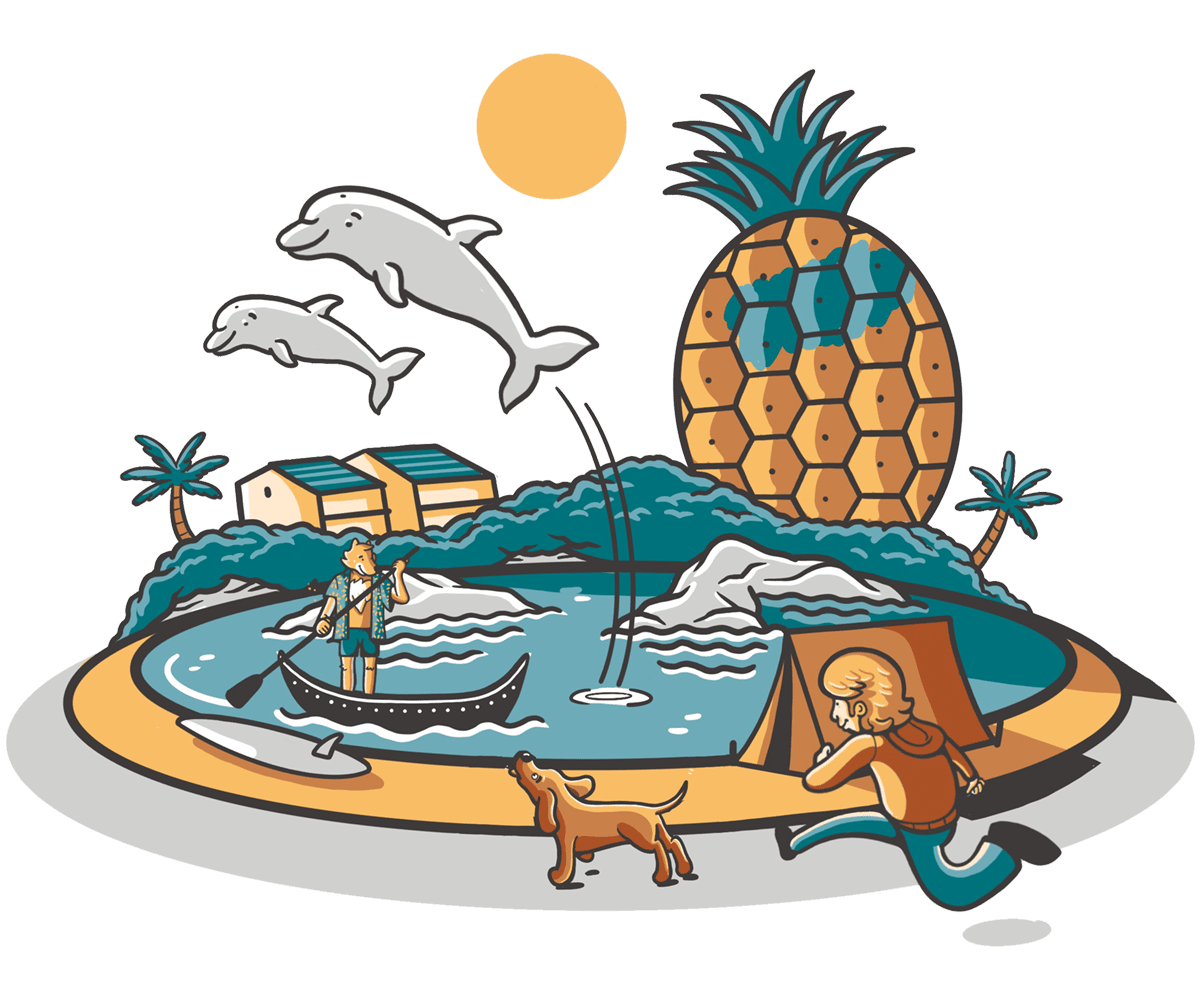 Living in Noosa: nature together with glamor

Noosa is a privileged destination for lovers of nature, animals and sports. It is one of those places that fall in love with the magic of its sunsets and the charm of its streets, among which are some of the most glamorous shops and restaurants.

If you decide to live in Noosa, you will be on the east coast of Australia, 136 kilometers north of Brisbane, within the state of Queensland. A small subtropical paradise in which buildings are not taller than trees.

It is a quiet and perfect place to relax and be in touch with Australian nature. You can walk around the city surrounded by koalas and surf near the dolphins, for example. One of the main attractions of this city are its beaches, very frequented by surf enthusiasts. So much so, that many tournaments of this sport are organized, such as the Noosa Surf Festival, known worldwide.

As an inconvenience, if you like big cities, it may not be your best destination. As an advantage, if you are looking for a quiet place surrounded by nature, you have here the Noosa National Park, the most visited in the state of Queensland, with open forests, lakes such as the famous Weyba and rainforest areas. Something curious is that the national park borders restaurants, boutiques or nightclubs. 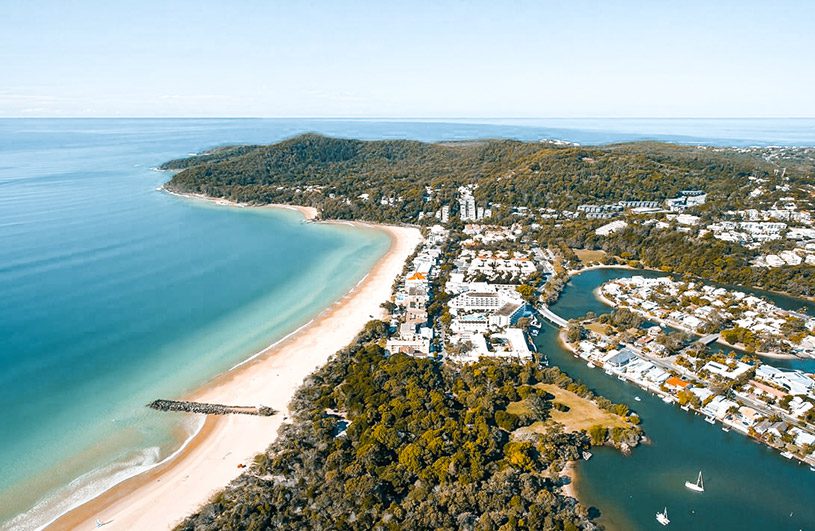 Our Dingoos with experience in Noosa

Eva Klobuznik
Paid Social Manager
"Noosa is a small town in the middle of a paradise of beaches and nature, from where you can see some of Australia's best sunsets"

The main street of Noosa is called Hasting Street, it is in the Noosa Heads area. It is where all the activity is, you can find boutiques of all kinds, restaurants, hotels and small pedestrian streets that lead you to the beach.

Weekly prices for accommodation in Noosa depending on your location, are:

The distances in this city are quite extensive, nothing that can not solve the public transport or even your own vehicle.
The main buses leave from Heads Noosa, in Noosa Heads, in the tourist center of the city.

You also have the option of moving by bike along the bike paths distributed throughout the region, or even renting or buying a scooter.

There is a taxi rank on Hastings Street and at the Noosa Feria shopping center. They are priced at AUD $ 4,8 + AUD $ 2,7 per kilometer.

As for food, you can spend on average about $ 30 - $ 50 AUD in making your weekly purchase. In most Australian supermarkets, they offer perishable products such as meat or fish at the last minute of the day. So if you want to save some money, you can take advantage of these offers.

Noosa is a city full of glamorous boutiques, restaurants on the beach and nightclubs. So if you like the march this will be a good destination for you. To give you an idea, an imported beer can cost you about $ 8 AUD, a cappuccino coffee for about $ 3 AUD and a menu in a fast food restaurant for about $ 8 - $ 10 AUD.

This city has good job opportunities, especially in the service sector. There are many hotels, restaurants and coffee shops that offer part-time jobs throughout the year so if you come with a student visa you can find a part-time job and cover your stay with a average salary of $ 360 AUD / week.

Tourism: What to see in Noosa?

If you finally decide to live in Noosa, here are some places you should not miss:

If it's cool to go camping, this is yours. With stunning views of the beach, it has the comforts of any traveler, showers, wifi, beach and city center very close. Perfect for a night under the Australian stars.

If your thing is surfing, you surely like this beach, known as the golden beach, near the center of the city, you can surf its high waves and spend a great beach day.

Just an hour from the city, this zoo has 1200 species of animals, little thing ... you can also see shows with reptiles that will not leave you indifferent.

It is the most visited natural park in the state of Queensland and Unesco World Heritage. You can walk through open forests full of kauri pines, visit the famous and enjoy the small areas of tropical rainforest.

Visit the famous Weyba Lake, just 15 minutes by car from Noosa. You will enjoy impressive gardens with natural lagoons and you will meet the friendly kangaroos that walk freely around the place.

Not far from Noosa you can visit an island paradise with long white sand beaches flanked by cliffs, freshwater lakes and tropical forests. Here you can see those wild animals that give us our name, the dingoes, and drive in a 4 × 4 along its immense beaches. 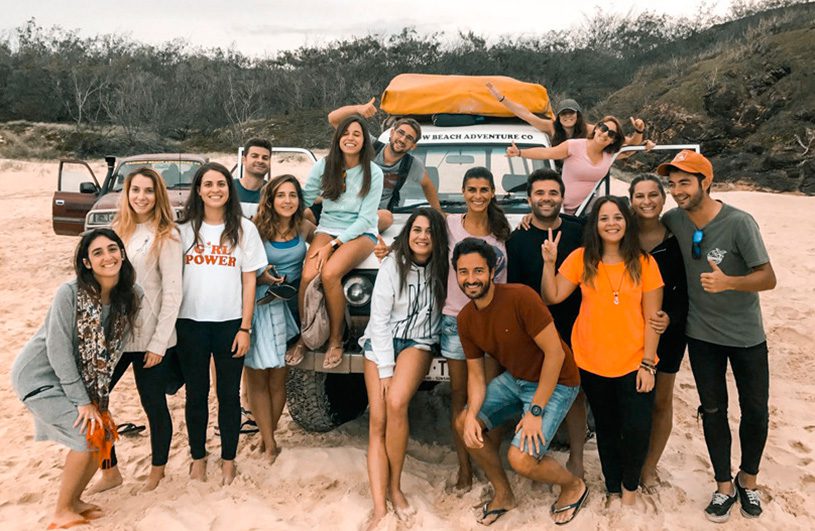 Who decides to visit or live a season in Noosa ends up falling in love with this place. The fact that it is in the middle of the natural park means that plans related to nature and sport abound here. A quiet but at the same time very social life thanks to the many restaurants and shops that are part of the service offer in Noosa.

Facebook groups come great to meet people, find a room, see some job offers and even buy second-hand items. If you are new to the city or are thinking of coming, join the Spanish group in Noosa and take advantage of your stay in Noosa.

If you want to live in Noosa to study and work seeking tranquility and surround yourself with nature, it will be a wise decision. Contact us, we will help you find the best study plan to apply for your student visa.

Parachute with the discount for being from Dingoos

As we know that it is very difficult to choose a destination in Australia, we want to help you by sharing with you the advantages and disadvantages of living in each city. 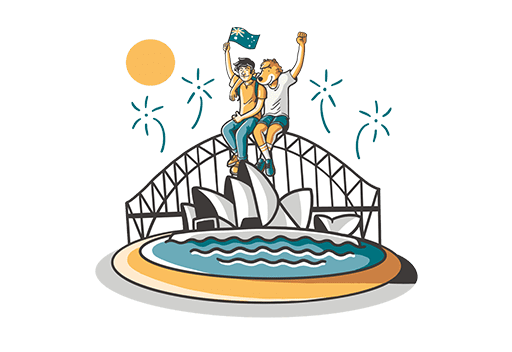 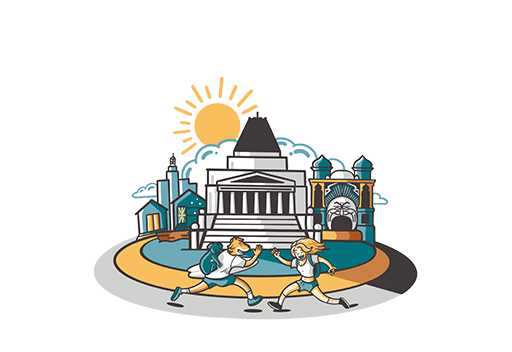 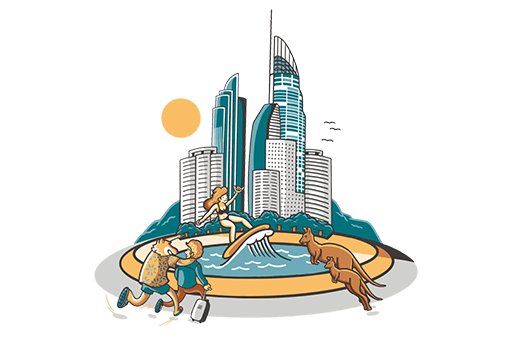 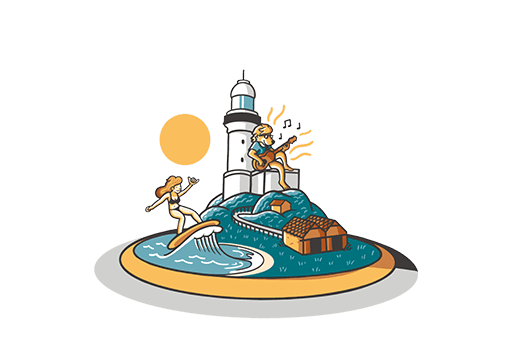 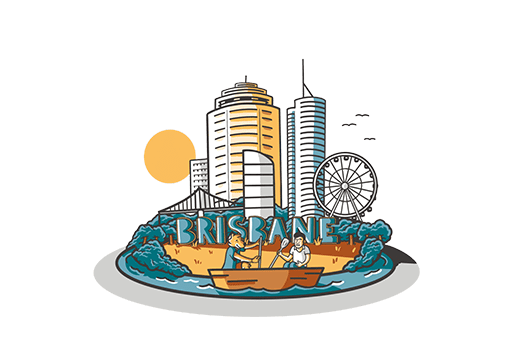 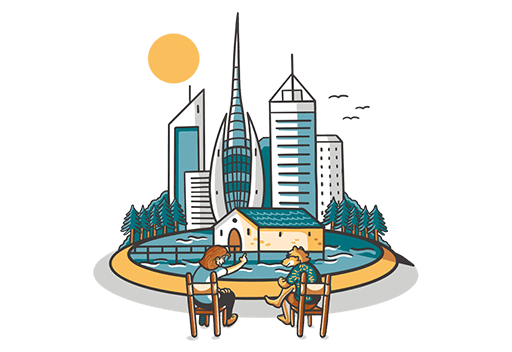 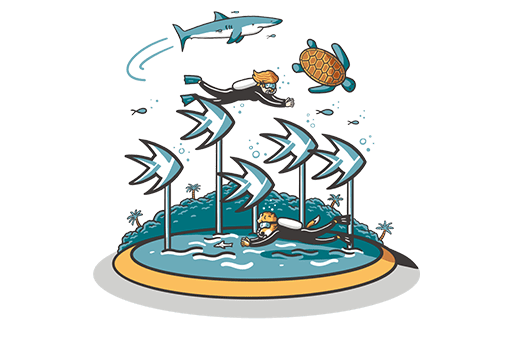 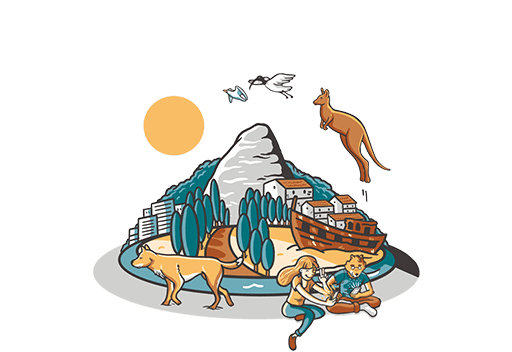 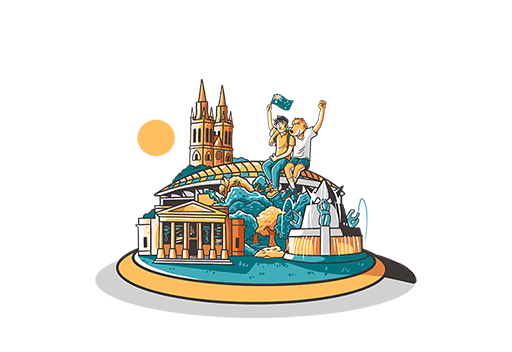 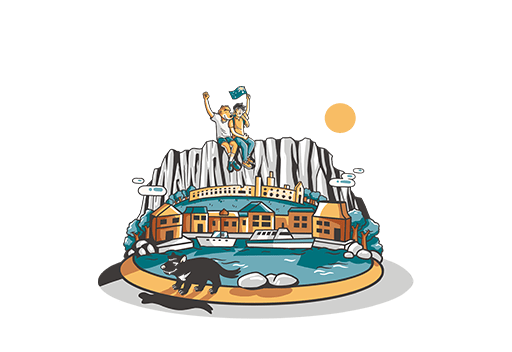 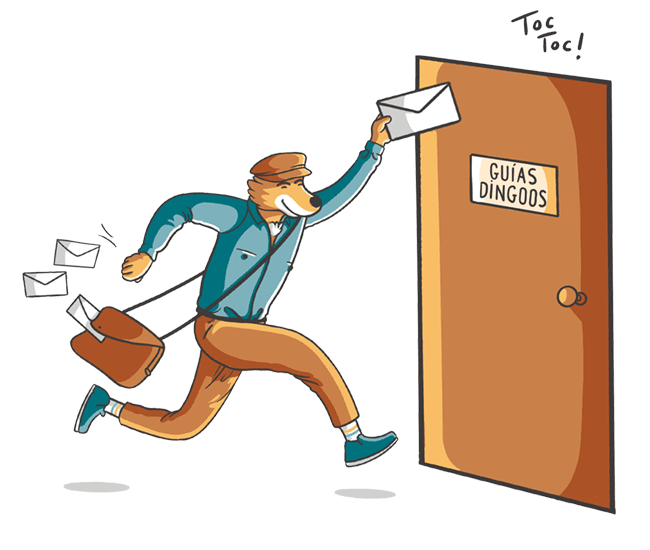 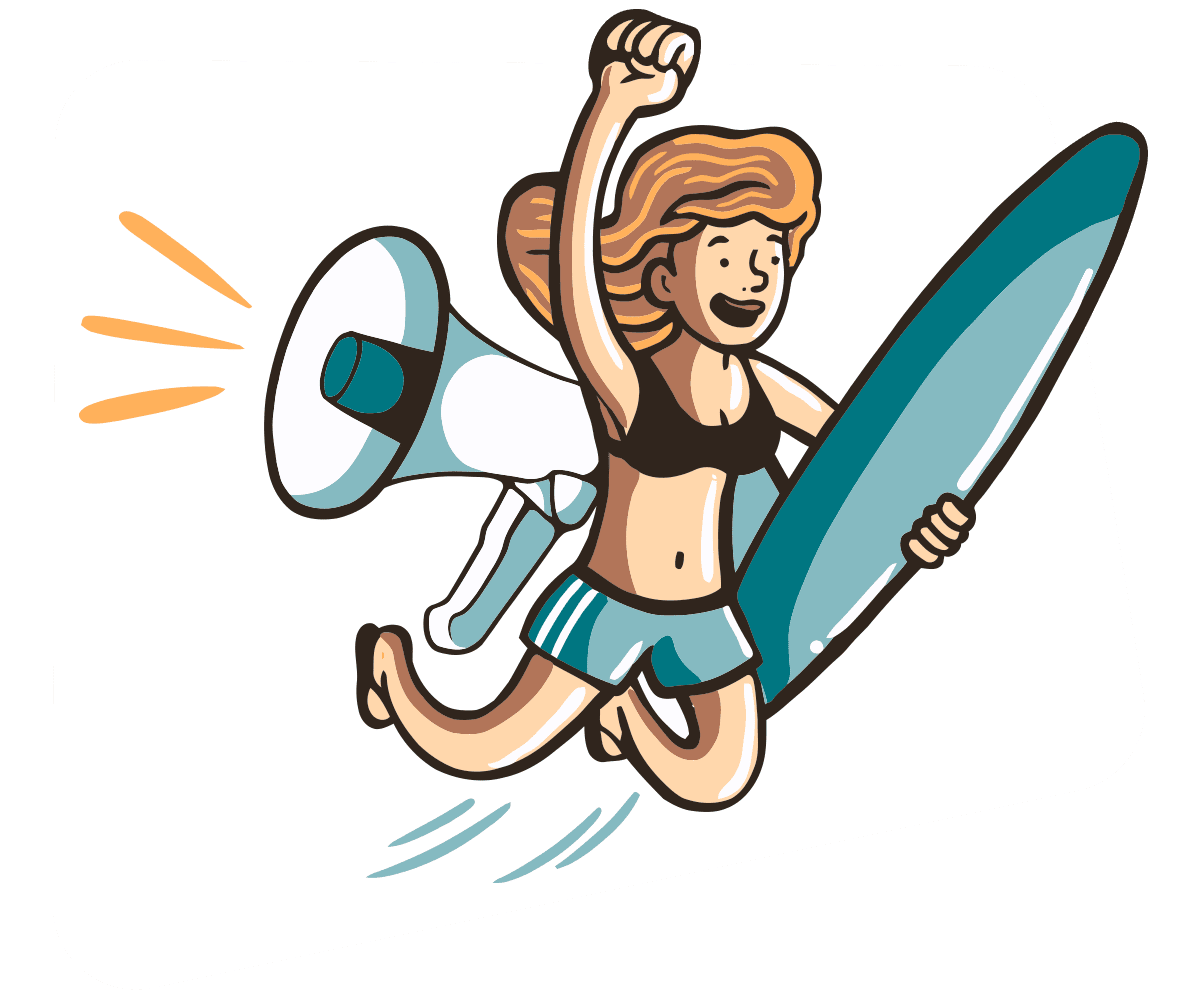